Sure, you probably have beer to thank for helping you meet your girlfriend, spurring some of your greatest stories, and bringing out your worst dance moves. But it turns out there are tons of other awesome, scientifically proven reasons to love a good brew.

Beer could safeguard your heart, boost your immunity, protect your bones, and more. Ready, set, drink up.

Wine usually gets all the credit as the booze that helps cut back your cardiovascular disease risk, but beer may be just as heart-healthy of a beverage.

Italian researchers found that moderate beer drinkers had a 42 percent lower risk of heart disease compared to non-drinkers. For maximum protection, keep your consumption to one pint—at around 5 percent alcohol by volume—a day, the researchers say. Toast to your health with one of these summer brews.

Knocking back a beer or two won’t make you smarter, but it could boost your creativity, according to a study in the journal Consciousness and Cognition.

When 40 men watched a movie while completing verbal puzzles, beer-buzzed guys with a blood alcohol content of .075 solved the problems a few seconds faster than their sober counterparts.

Dutch researchers analyzed 38,000 male health professionals and found that when men who weren’t big boozers began drinking moderately over 4 years, they were significantly less likely to be diagnosed with type 2 diabetes.

Increased alcohol consumption over time didn’t lower the risk in men who already had a couple drinks a day, so moderation is the key word here.

Stick to a beer or two at happy hour tonight.

BEER BENEFIT #4: BE KIND TO YOUR KIDNEYS.

Cheers to never having to pass a kidney stone again—or if you’re lucky, ever. Researchers in Finland found that each bottle of beer a man drinks daily lowers his risk of developing kidney stones by 40 percent.

The researchers can’t exactly explain the link, but speculate that a high fluid intake not only makes for an excessive number of trips to the bathroom, but could also keep kidneys functioning properly. Additionally, the researchers say the hops in beer may be responsible for the correlation, helping to slow the release of calcium from bone—which could get reabsorbed by the kidneys as painful stones.

Move over, Gatorade—a heady brew could also aid in workout recovery, according to a Spanish study. Researchers asked students to exercise until their body temperature reached 104 degrees, and then had them rehydrate with beer or water. As it turns out, people who had a post-workout pint were slightly more hydrated than those who had H2O.

In a second study, the researchers asked participants who had consumed either a real or fake alcoholic drink to give a speech. When asked to evaluate how good-looking, smart, and funny they felt they were during their talk, people who thought they imbibed gave themselves more positive self-evaluations—regardless of whether or not they were actually buzzed.

Want to catch a woman’s eye? These are the types of men women find most attractive.

A Guinness a day could keep the eye doctor away. Canadian researchers found that one daily beer—especially a lager or stout—increases antioxidant activity that can stop cataracts from forming in the eyes.

The kicker: The scientists found an opposite effect in participants who had three or more drinks a day. Here are six ways you can protect your eyesight today.

High blood pressure can be responsible for a range of health problems, but beer can lower your risk for hypertension, research suggests.

In one study, Harvard researchers found that moderate beer drinkers are less likely to develop high blood pressure than those who sip wine or cocktails.

Having one or two drinks a day might boost your immune system and fight infections, according to an Oregon Health & Science University study.

Scientists vaccinated monkeys against smallpox, then gave some of the primates access to alcohol while others could drink sugar water. The monkeys who drank moderately had better vaccine responses than those who consumed the sweet stuff.

But the animals that drank heavily—you may now imagine a totally tanked chimp—had less of a response to the vaccine than those who kept their habit under control.

Nasty breaks from drunken debauchery aside, a couple beers a day could actually strengthen your bones, according to a study at Tufts University.

Guys who stuck to one or two brews had up to 4.5 percent greater bone density than non-drinkers—but more than two beers was associated with up to 5.2 percent lower density, according to the study. 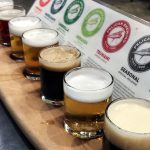 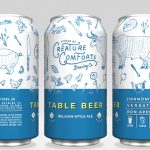 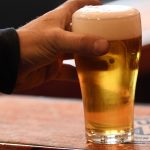